Acquired by the Musée Unterlinden in 1983, Lucas Cranach the Elder’s Melancholy certainly draws its inspiration from an engraving executed by Dürer on the same subject in 1514. A theme often examined in art works since antiquity, melancholy, or melancholia, derives from the medical theory of four humours, whereby disease or ailments were thought to be caused by an imbalance in one or another of the four basic bodily fluids, or humours. In contrast to its negative connotations during the Middle Ages, this condition was equated during the Renaissance with the artistic temperament. In fact, many considered melancholy to be the catalyst for all artistic creation. Cranach makes use of Dürer’s motifs, but transposes them to illustrate one of Martin Luther’s sermons, which aimed to denounce this ailment as an indication that the afflicted individual was under the influence of Satan. Drink and nourishment were essential to counteract its effects.

More than any other painter of his time, Lucas Cranach the Elder (Cranach, 1472–Weimar, 1553) was heavily influenced by the ideas of Martin Luther, one of whose main proponents and protectors was Frederick III, called the Wise, elector of Saxony, who had selected Cranach as his court painter in 1504. In Cranach’s painting, several motifs remain as points of contention among scholars, especially the main winged female figure in the foreground shown sharpening a stick, most likely an allusion to idleness or indolence as conducive to melancholy. 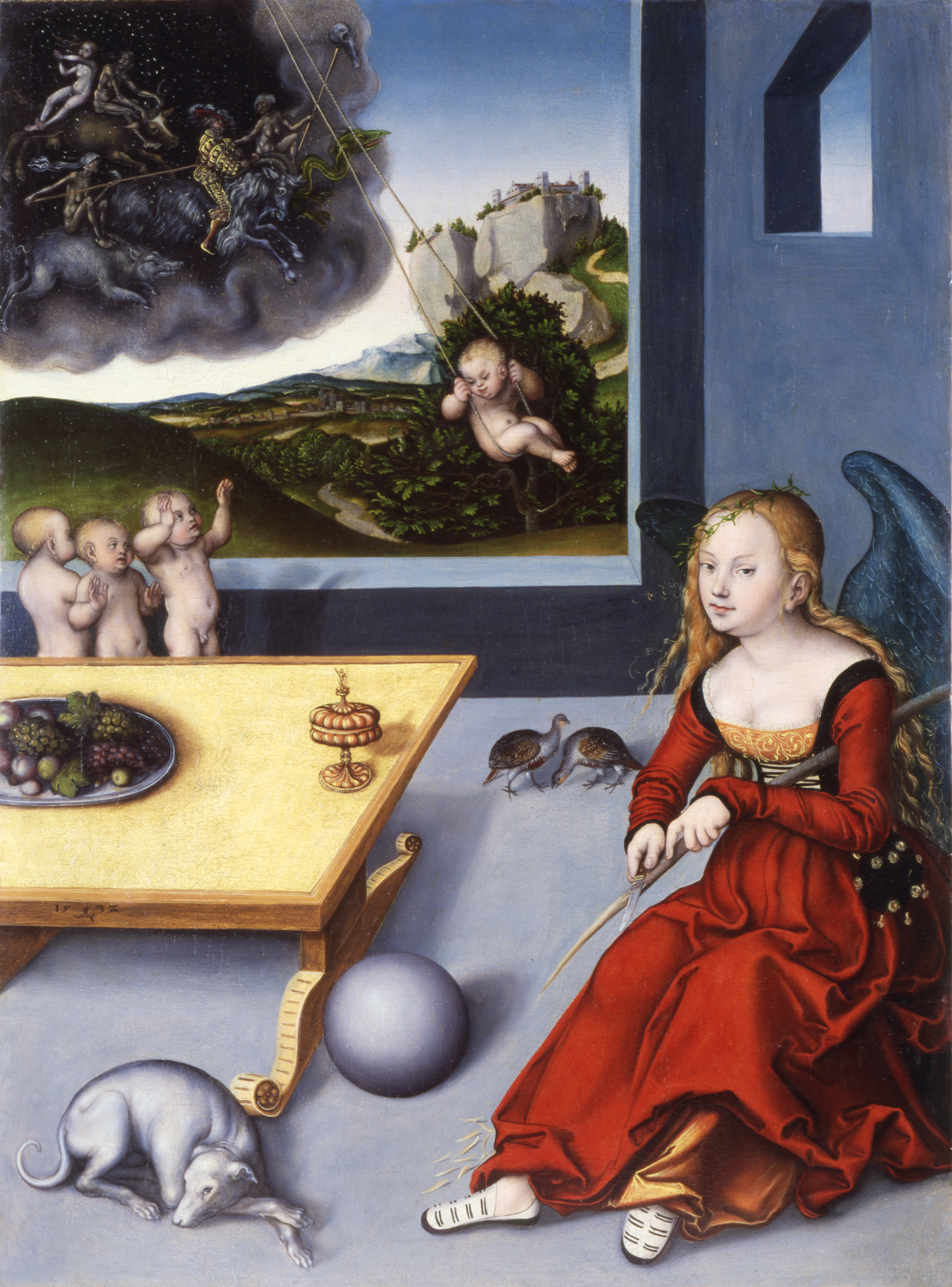