The Temptation of Saint Anthony

Schongauer’s engraving illustrates an episode in the life of Saint Anthony, which was first discussed by Saint Athanasius of Alexandria. Born in Lower Egypt to wealthy landowner parents, the future saint decided at the age of 34 to follow the words of Jesus, giving away his possessions and retiring to the desert to live as a hermit. According to Athanasius, the devil subjected Anthony to numerous temptations, all of which he overcame through the power of prayer. At a later stage in Saint Anthony’s life in the desert, the devil waged battle again, sending phantoms to attack him. Schongauer’s engraving depicts the old man’s impassiveness in the face of an array of brutal and wild beasts. Frequently explored by artists, this theme allows them to depict a fantastic world populated by ghastly creatures, half man and half animal. In quite skilful fashion, the circular composition draws the viewer’s gaze to the serene countenance of the saint, surrounded by fantastic and grotesque beings, which have much in common with the creations of later artists like Bosch or Grünewald.

This was probably one of Schongauer’s most influential prints. In the 16th century, the celebrated art historian Vasari recounted that Michelangelo had a treasured copy of this work in his Florence studio. 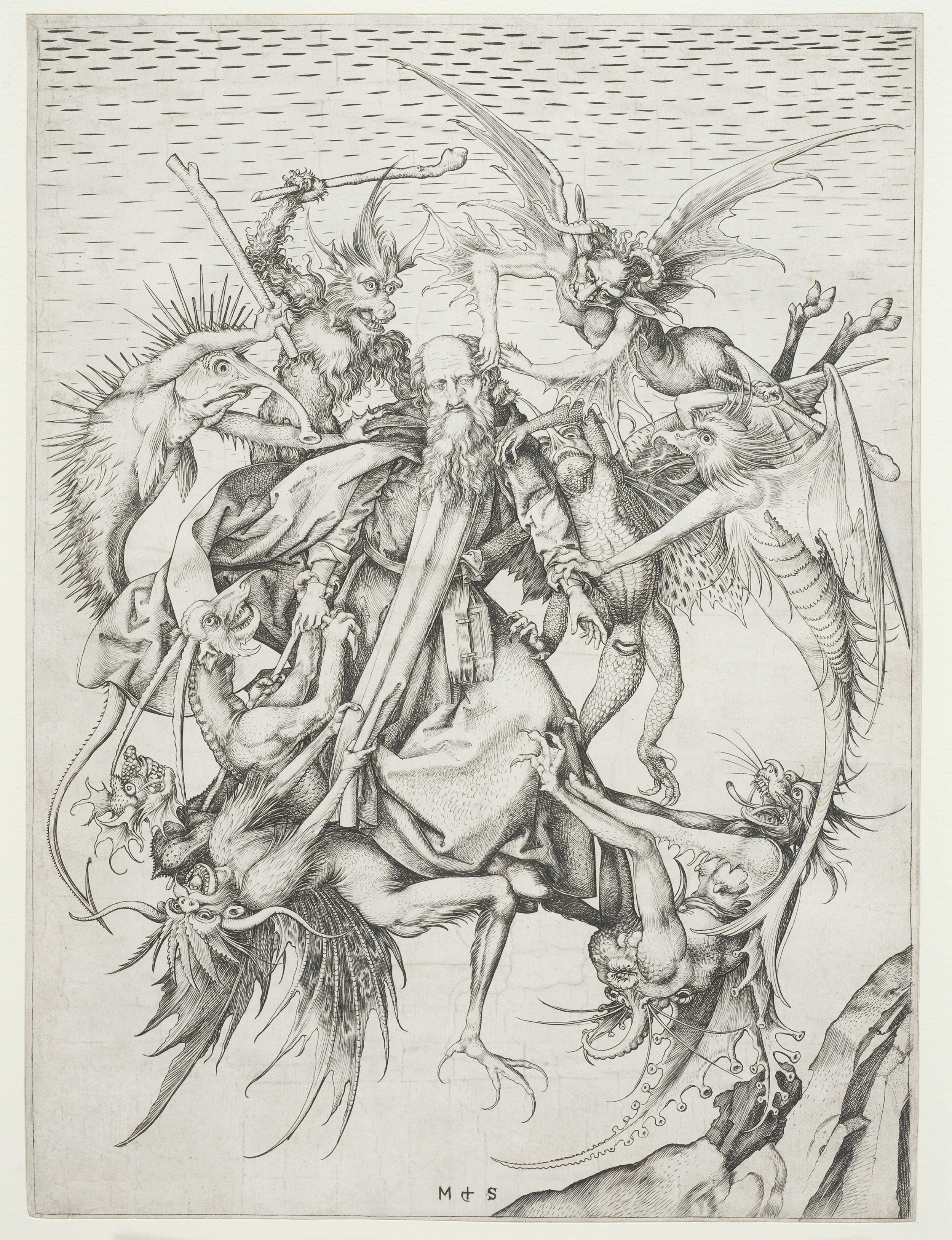