This bas-relief carved out of limewood is typical of early 16th-century Upper Rhenish sculpture. This altarpiece fragment, which entered the museum’s collections in 1846, is ascribed to the entourage of Master H.L., an artist who has remained anonymous to this day, known only by the monogram featured on those works attributed to him. The intentional profusion of human figures, with their contortionist poses, heightens the confusion of the scene depicted in this work, reinforced by a violent polychrome decoration added in the 19th century.

At the centre of the composition, Saint Catherine is shown kneeling, remaining impassive before the wheel with its steel blades, the intended instrument of her torture. For having refused to marry the pagan emperor Maxentius while also rebuking him for his persecution of Christians, this young noble lady of Alexandria who had converted to Christianity was sentenced to be killed on a spiked wheel. Two episodes of her story are presented together in this work: first the spiked wheel broken by the intervention of God, who appears amidst the storm clouds in the upper right corner, combined with the depiction of the fearsome, grinning executioner, brandishing his sword to behead the saint. 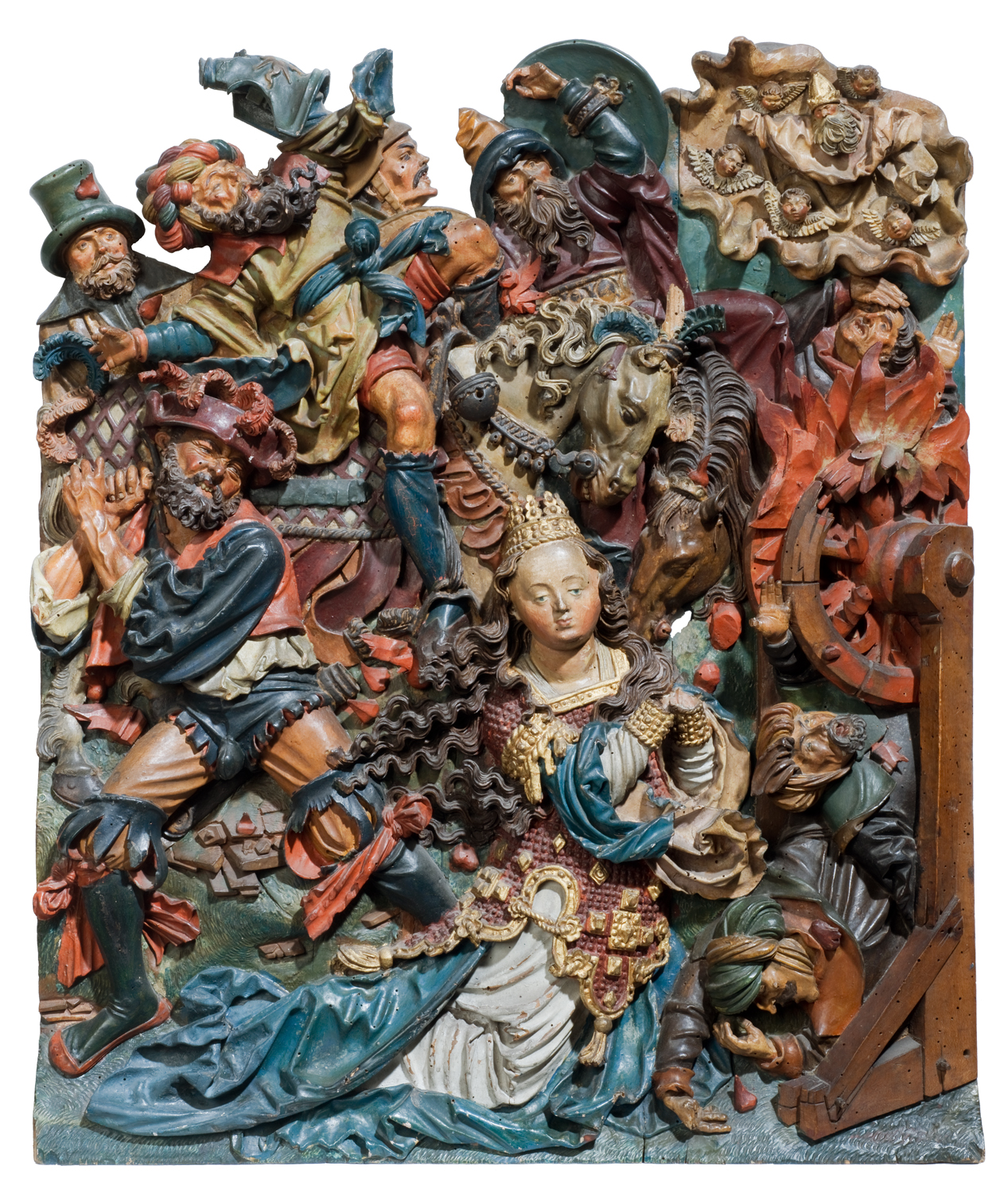