With its inner wings open, the Altarpiece allowed pilgrims and the afflicted to venerate Saint Anthony, protector and healer of Saint Anthony’s fire. Saint Anthony occupies the place of honour at the centre of the corpus and at his side a pig is depicted, the emblem of the Antonite order. On his left and right, two bearers of offerings illustrate these contributions in kind, an important source of income for the Antonites. This central section is framed by Saint Augustine and Saint Jerome, two of the four great fathers of the Latin Church. Guy Guyers, who had commissioned the Altarpiece, is depicted kneeling at the feet of Saint Augustine.

Visit of Saint Anthony to Saint Paul the Hermit

The two hermits meet in a stunning landscape, intended to represent the Theban Desert. Grünewald created a fantastic universe, surrounding the date palm with a strange mixture of vegetation, in marked contrast with the calmness and tranquillity of the encounter, in which the animals in attendance take part, with the crow bringing two morsels of bread to the two recluses. In this dreamlike scene, medicinal plants, painted in naturalistic fashion, sprout at the feet of the two main figures.

This panel depicts Saint Anthony being tormented by monstrous creatures sent by Satan. Trampled to the ground, beaten with sticks, torn by claws and bitten, Saint Anthony appeals to God for help who sends angels to combat these evil demons. In the lower left corner, the being with webbed feet and a distended belly seems to personify the disease caused by ergot poisoning, resulting in swelling and ulcerous growths. 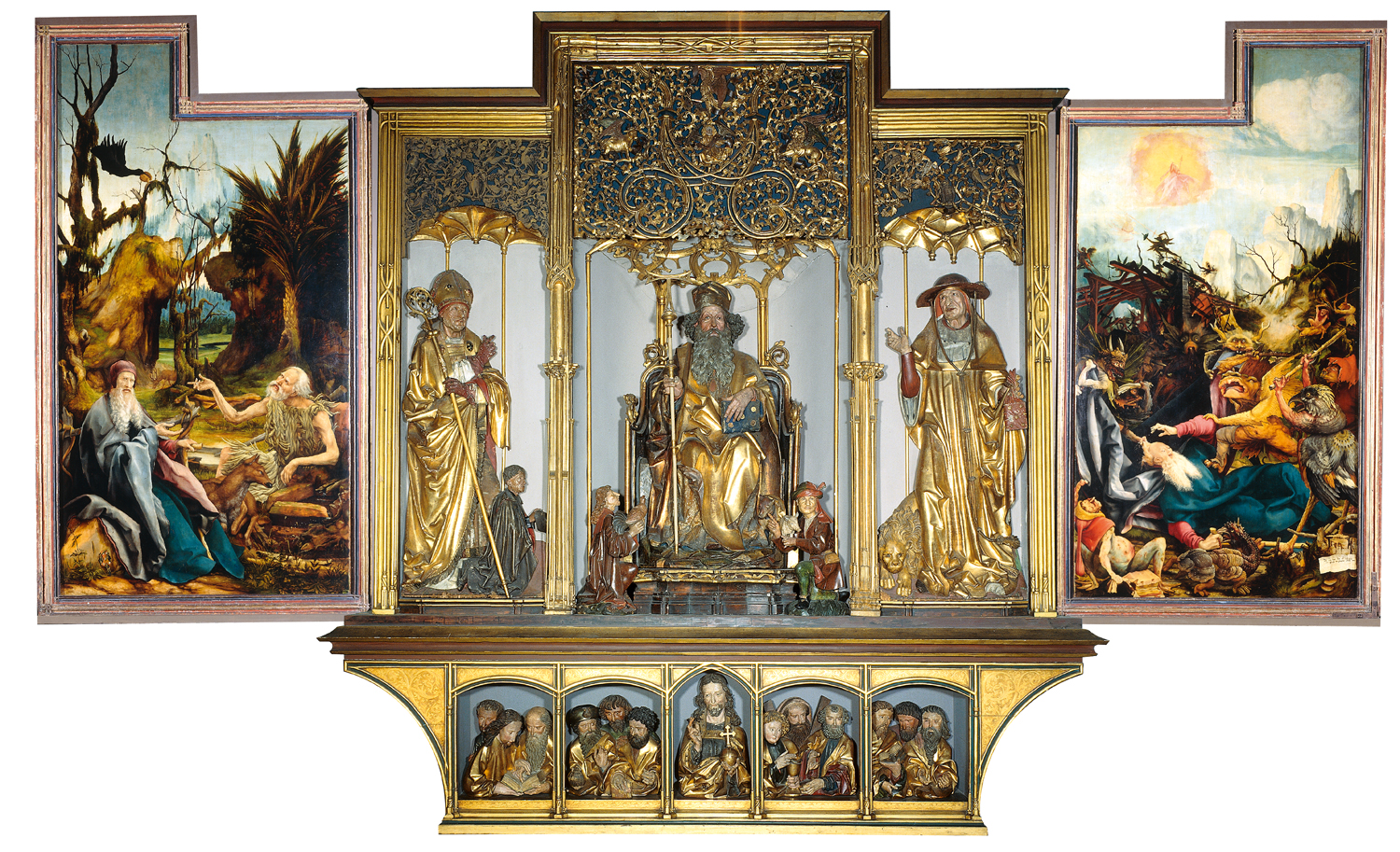