Considered as a late work in Schongauer’s career, this engraving belongs to his Passion of Christ cycle. This theme, handled as a series of episodes, was highly popular from the early days of copper engraving in Northern Europe.

Ecce Homo, literally “Behold the man”, illustrates the episode during which Pontius Pilate, shown at the left, delivers Jesus to the people demanding His crucifixion. This scene was an especially popular subject for artists in the 15th century, as it places the emphasis on the refusal by the infidels to recognise the divine nature of Jesus. On the right, the scowling, pudding-faced hangman is already preparing the rope that will be used to tie Jesus’s hands during the next episode, the Carrying of the Cross. This engraving bears certain hallmarks of the artist, such as the striking sensitivity in his detailed observation of the dog at the foot of the steps of Pilate’s palace as well as a Flemish-style naturalism in the faces of the executioners, which calls to mind the later works of Flemish masters like Brueghel. 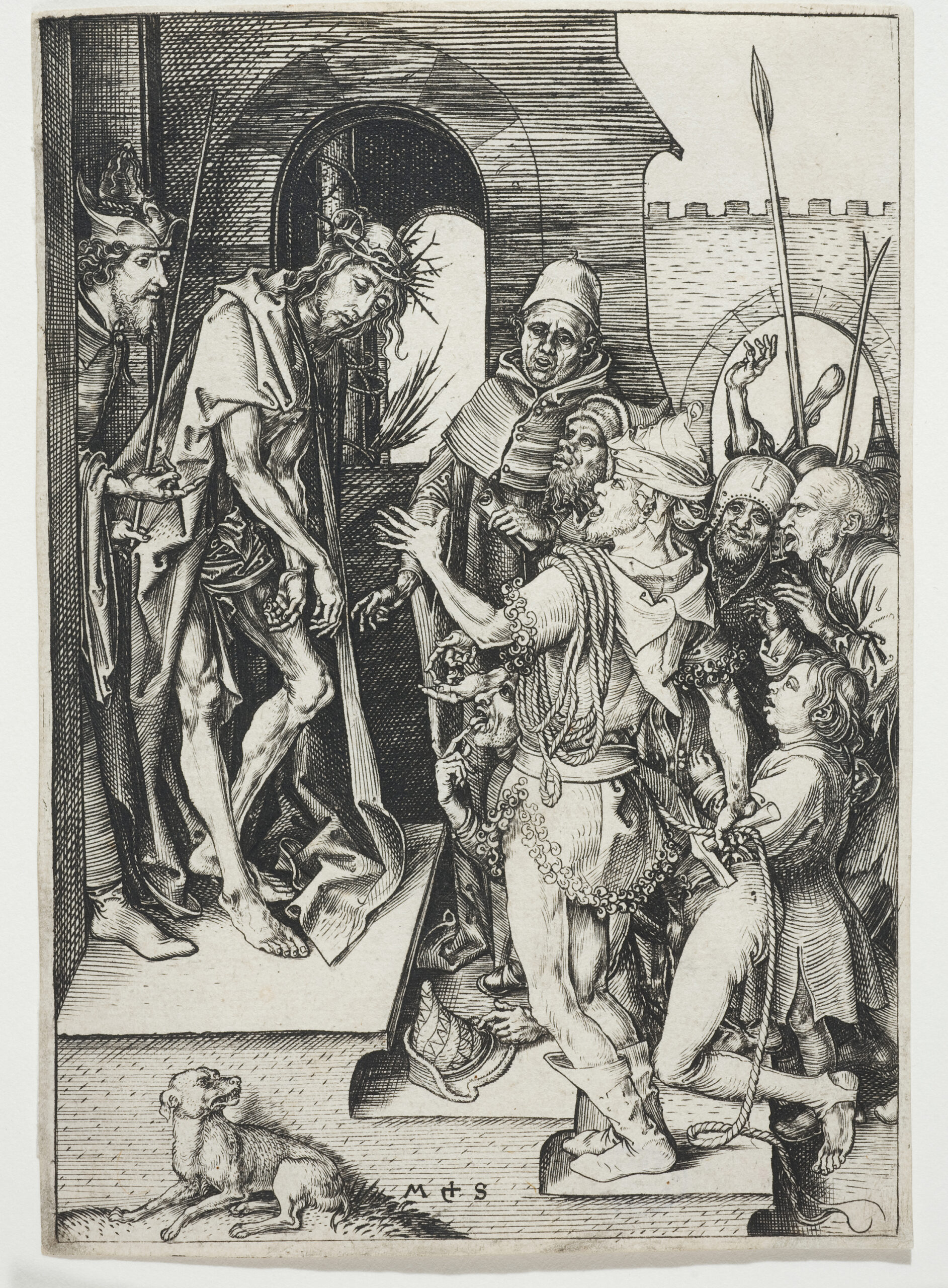