Altarpiece of the Dominicans

Although disassembled today, until the onset of the French Revolution this altarpiece was held intact in the chapel of Colmar’s other Dominican convent, a group of buildings that currently house the city’s municipal library. At the time, it took the form of a tryptych whose centre panel was ornamented with a crucifixion, most likely a sculpted decoration, which has since disappeared. Each side of the two wings framing this central scene was divided into four panels. With its wings open, the sixteen interior panels of the altarpiece depicted the Passion of Christ, from the Entry into Jerusalem to the Pentacost, including the Noli me tangere, in which Jesus meets Mary Magdalene. With its wings closed, the altarpiece presented eight paintings to the faithful, illustrating the theme of the Seven Joys of the Virgin, to which the Dominicans’ main altar was dedicated.

Although the involvement of Martin Schongauer in this work has long been a matter of contention, today most scholars agree that this work can be ascribed to the master and his entourage.

The scenes from the Passion of Christ as depicted in this work harken to, without slavishly reproducing, Schongauer’s engravings on the same theme, proofs of which are held in the museum’s collections, although it would be difficult to determine whether the latter inspired the former, or vice versa. 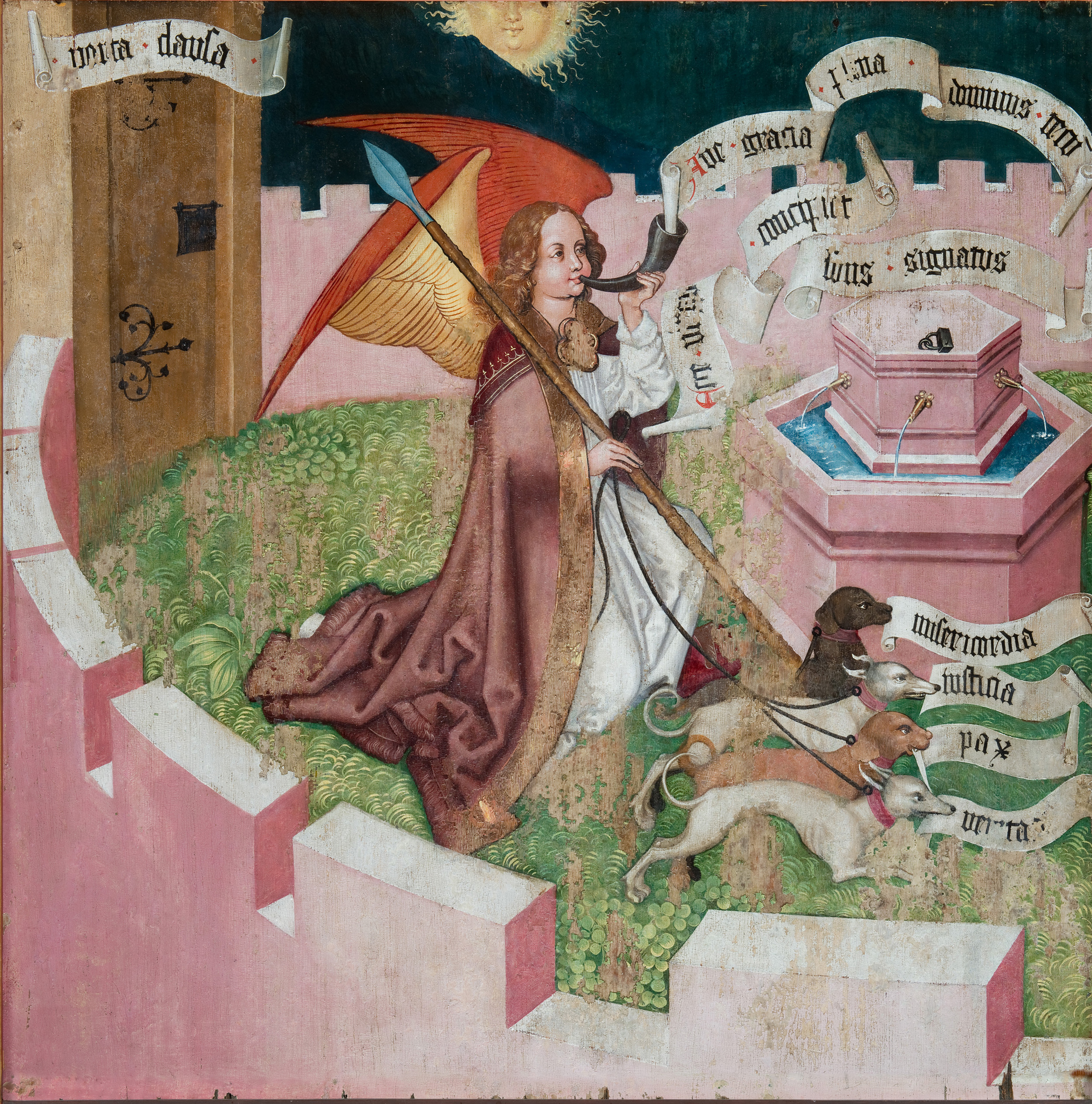