Romans in Town, Romans in the Country ?

Between 28 October 2017 and 22 January 2018, the Musée Unterlinden will present a temporary exhibition entitled “Romans in Town, Romans in the Country”. The exhibition was put together by Archéologie Alsace in 2014, based on the Roman-era dwellings discovered during recent rescue archaeology operations conducted in the region. With around 100 exhibits, it illustrates the way the land was settled, the places people lived, their everyday lives, their domestic activities and the trades and crafts they practised, presenting us with an image of the region’s inhabitants through their jewellery and everyday objects, including items used for personal care, medicine and games. Within each section, numerous information panels will enable visitors to contextualise the objects on display.

For its presentation at the Musée Unterlinden, the original exhibition has been developed significantly, so as to make good use of new space it will occupy. New themes have been incorporated, relating to trade, domestic religion and funerary rituals. The original core of objects held by the Centre d’Étude et de Conservation d’Alsace has been supplemented by a wealth of finds from the Gallo-Roman period thanks to generous loans granted by the region’s archaeological museums and the rescue archaeology organisations operating in Alsace (Antéa, Hévéa, Inrap).

Occupying a prominent position amongst these important objects is the mosaic discovered in Bergheim in 2004, with its links to the Bergheim Mosaic discovered in 1848, which was put on display in the Unterlinden convent, saving it from demolition and becoming one of the museum’s emblematic exhibits. Besides the numerous objects illustrating everyday life in Alsace during the Gallo-Roman period, other key artefacts will include collections of bronze, glass and terracotta tableware, gold jewellery (wheel ornament, pendants and pins), an engraved agate stone fixed to a gold plaque, an exceptional piece in terms of its size and the quality of the engraving, as well as funerary stelae and various objects connected to religion (statuettes of deities) and trade (amphorae and caches of coins).

Curator of the exhibition:
Suzanne Plouin, senior curator at the Musée Unterlinden 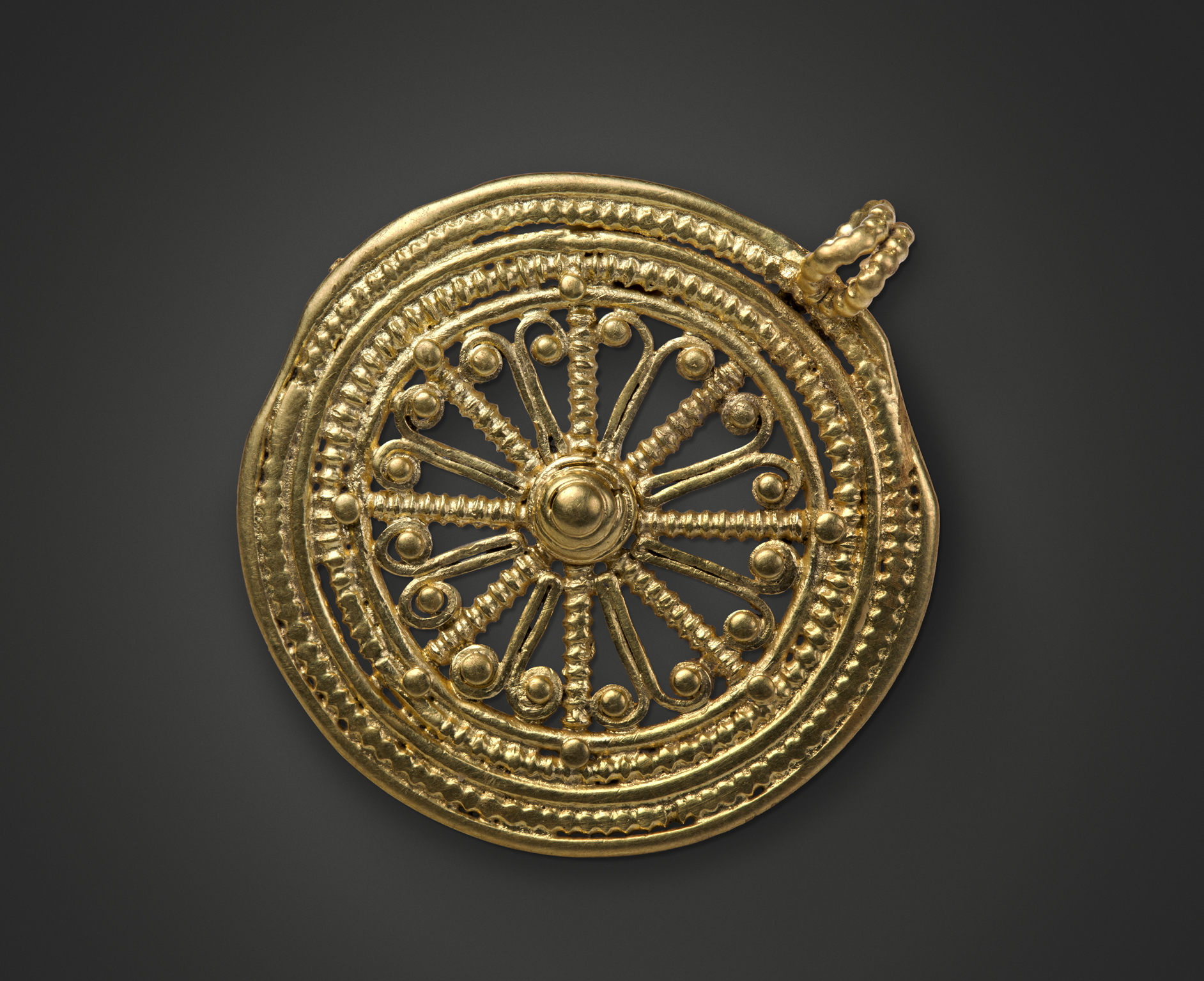