In response to the 80th birthday of Georg Baselitz, the Musée Unterlinden felt it was only right to pay an emphatic tribute to one of the greatest exponents of German art, an artist maintaining the legacy of Grünewald, the major figure of Germanic painting whose masterpiece, the Isenheim Altarpiece, is held by the museum. Corpus Baselitz is the first exhibition in a French museum of a new body of 70 works (paintings, drawings and sculptures) produced between 2014 and 2018, in which the artist examines his own body, and through it, his place in the history of art.

In the winter of 2014–2015, Baselitz embarked upon a sombre and introspective series of nude selfportraits, in which he confronts the reality of his age, summoning up his past works and his masters (Duchamp, Dubuffet, Dix, Picasso…) in an apparent plunge into the abyss.

The worn, mutilated, powerless body is displayed, uncompromisingly and without pathos, in abstract spaces: the violence of his treatment of the subject against a background of darkness and oblivion is counterbalanced by the movement and repetition of the motif, the generosity of the medium, the vigour of the artist’s gesture and a new painting technique that transfigures the bodies, leaving them luminescent and vibrant.

An existential reflection in which the artist lays himself bare, his recent work is simultaneously a new beginning, a rebirth and a return to his origins. 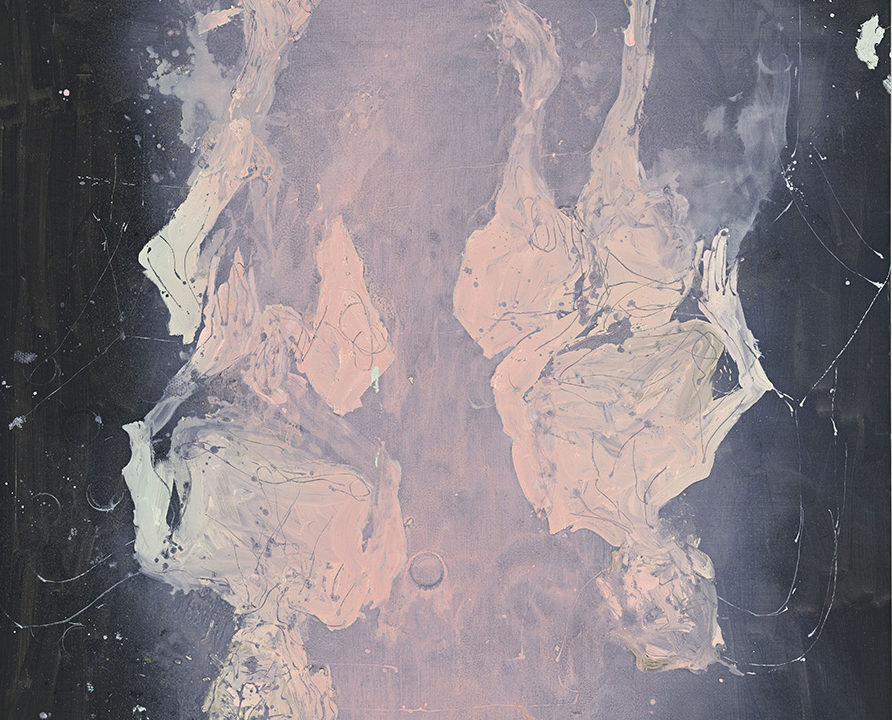