The exhibition Charles Fréger  Gernika / The Basque Suite will be presented in the Baths section of the museum from 4 March to 4 september.

“Gernika is a town, the symbolic capital of the Basque people. Guernica is an artwork, Picasso’s large mural painting. On 26 April 1937, the town was bombed by the Condor Legion sent by Hitler to support Franco. Picasso painted his work in shock, in response to a commission from the Spanish Republican government.”(Marie Darieussecq)

The point of departure for the project was the COOP contemporary art association’s invitation to the photographer Charles Fréger to undertake a creative residency in 2015, allowing him to spend a year exploring the Basque Country’s intangible heritage. With the members of the Gernika-Lumo commemoration group, who re-enact the event each year, the photographer reconstructed a frieze of nine scenes evoking the figures in Picasso’s painting. The exhibition was born out of this research.

So the Musée Unterlinden, which displays one of the three versions of the Guernica tapestry, produced from a cartoon drawn in 1955 by Jacqueline La Baume Dürrbach at Picasso’s request, is marking the anniversary of the Guernica bombing by exhibiting this series of photographs by Charles Fréger.

Charles Fréger was born on 25 January 1975 in Bourges. He graduated in 2000 from the École des Beaux-Arts in Rouen and is also the founder of the Piece of Cakenetwork and the publishing house POC. His new photographic project entitled Yokainoshima was presented in the summer at the Rencontres d’Arles photography festival, in the Église des Trinitaires. 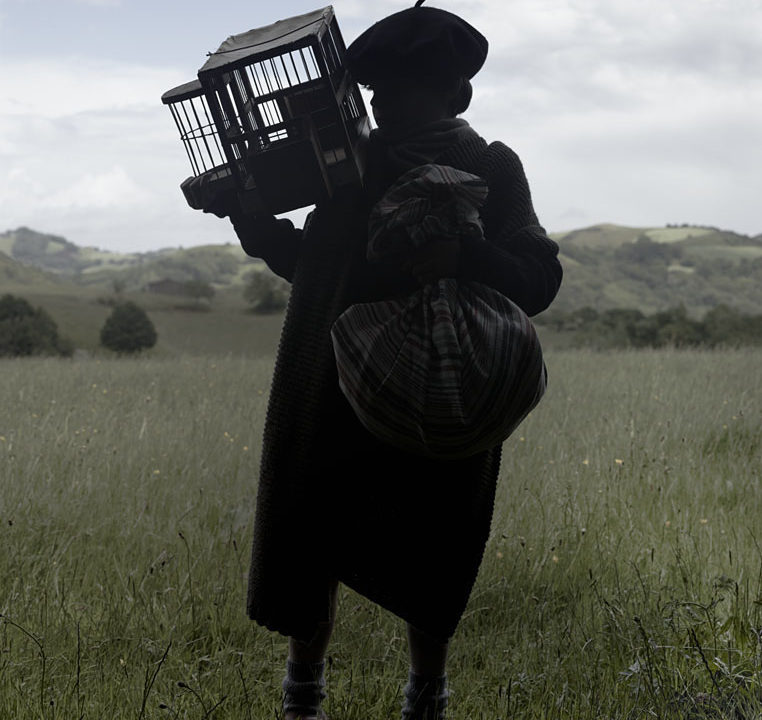