Valley of the Creuse (Sunset)

The great French Impressionist painter is represented in the museum’s collections by a landscape of the Valley of the Creuse, acquired by the Musée Unterlinden in 1975. Monet spent all of the spring of 1889 in Fresselines, a village along the Creuse river, exploring this world through his artist’s eyes. Between March and May, he painted a series of nine canvases inspired by this landscape, which he described as “a place of terrific and savage beauty”.

Keen on capturing the transformative effects of light, Monet decided to create a series of paintings, variations on a single motif, an approach he would continue to refine in the early 1890s with his studies of the Rouen Cathedral, the Gare Saint-Lazare in Paris and, in the two decades before his death, he would focus almost exclusively in this manner on the water lilies in his garden at Giverny.

In the painting from this first series held by the museum, Monet depicts the landscape at sunset, concentrating his gaze on the land and water rather than the sky, to which he devoted greater attention in the other series. He explores the subject at hand using a particularly vivid palette, inspiring some specialists to draw connections between this work and 20th-century movements, such as Fauvism and Expressionism. 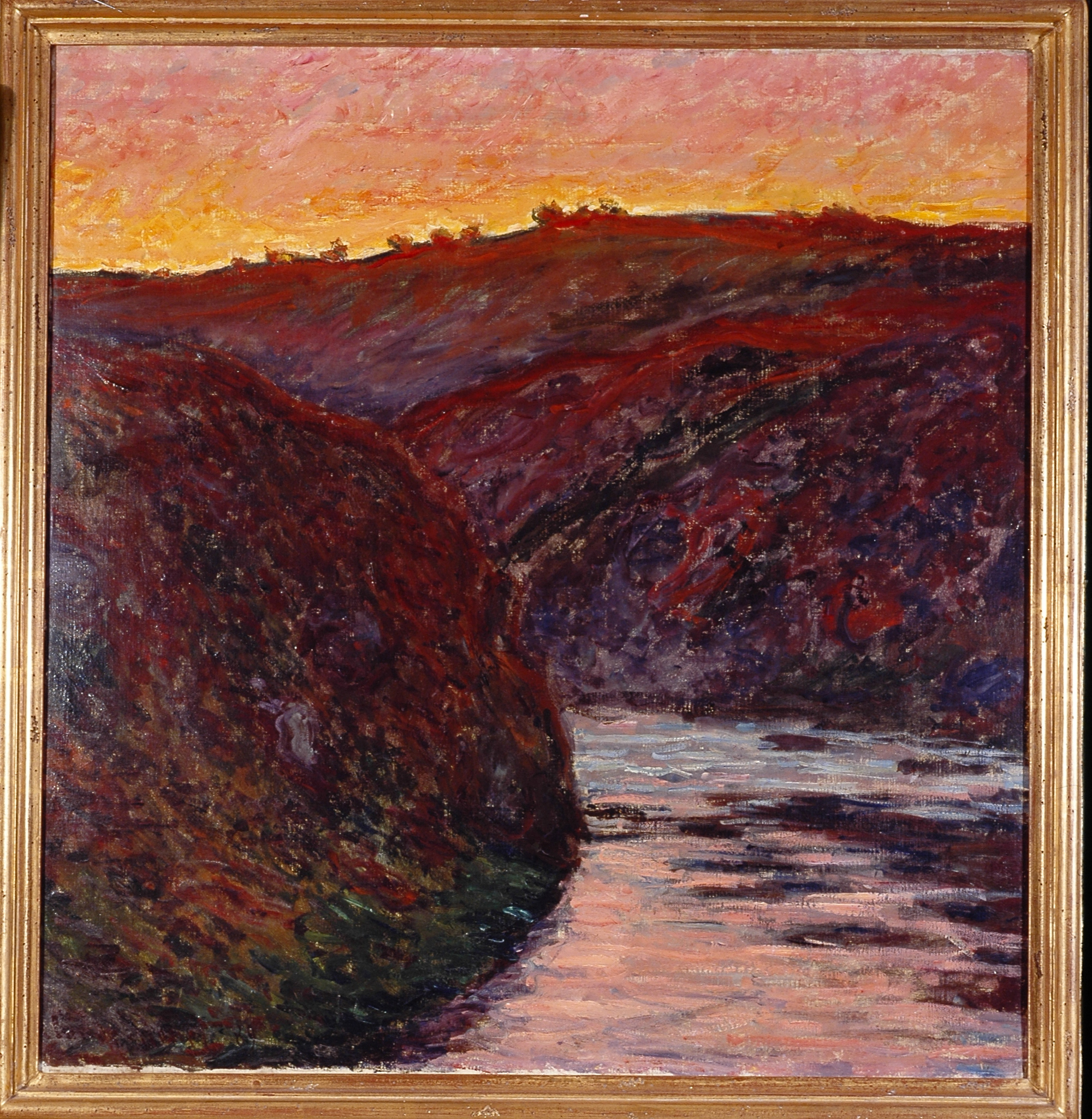