This pencil and pastel drawing boasts an impressive pedigree as it had belonged to André Breton, whose 1924 Manifeste du surréalisme was the founding text of the Surrealist movement. The work was acquired by the museum at the sale of works from Breton’s estate in 2003.
Born in Cuba, Wilfredo Lam grew up watching his grandmother perform voodoo rituals. While still a young man, Lam moved to Madrid, where he was able to admire the paintings of Bosch and Brueghel. In 1938, he arrived in Paris, with a letter of introduction to Picasso, and soon befriended other artists in the latter’s circle, including Mirò. Late in 1939, he struck up a friendship with André Breton, whom he would meet again in Haiti in 1944.
His drawing appears as a mysterious totemic figure bearing the attributes of both femininity and virility. The structure of the face is nearly mask-like with its surface composed of juxtaposed planes. There is no suggestion of volume. Some have seen resemblances between this figure and certain African sculptures, particularly representations of Orishas, frequently found in Yoruba sculptures, who listen, one hand cupping their ear, to the requests of the faithful. This work also echoes similar explorations by the artist’s contemporaries, such as Picasso or Max Ernst. 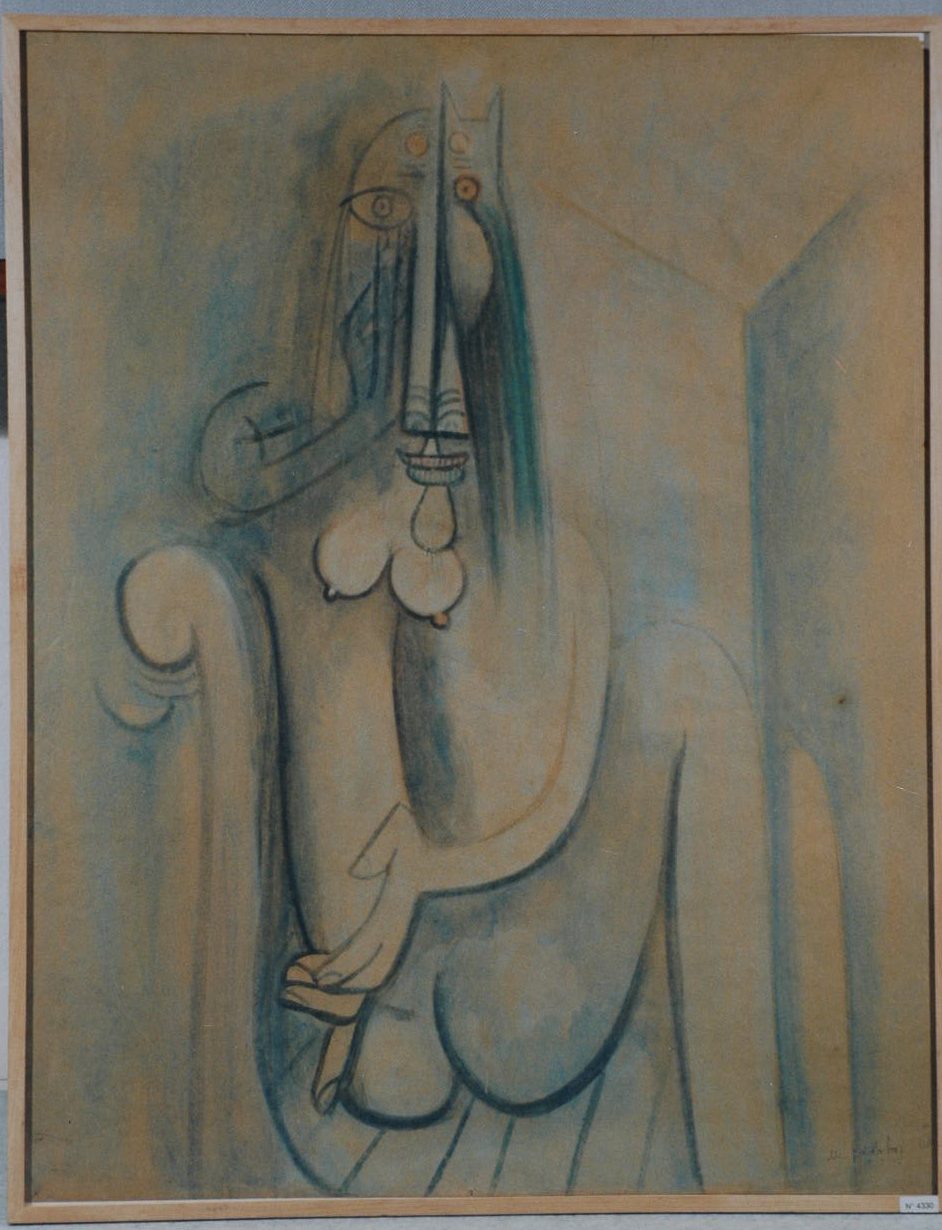