Although he is usually considered as an abstract painter, Nicolas de Staël is represented in the museum’s collections with a canvas in which he flirts with figuration. In the years 1949–51, this Russian-born French painter came very close to pure abstraction. However, after the visual jolt of a football match attended by the artist in Parc des Princes stadium in 1952, he reverted to figuration, as evidenced by his Portrait of Anne completed in 1953. Recognisable on the canvas only in silhouette, the artist’s daughter Anne de Staël was born in 1942 of his first marriage with Jeannine Guillou, also a painter, whose death in 1946 left a gaping hole in her spouse’s existence. No effort is made by the artist in this work to convey the physiognomy or psychology of the model. Nicolas de Staël treats the picture plane as a sculptor would, applying wide impasto layers of paint to the surface with a palette knife, thus giving his emphasis on colour even greater power due to the relief aspect of the material. Acquired by the museum in 1976, this work was an important addition to its modern art collections focusing on the second half of the 20th century. 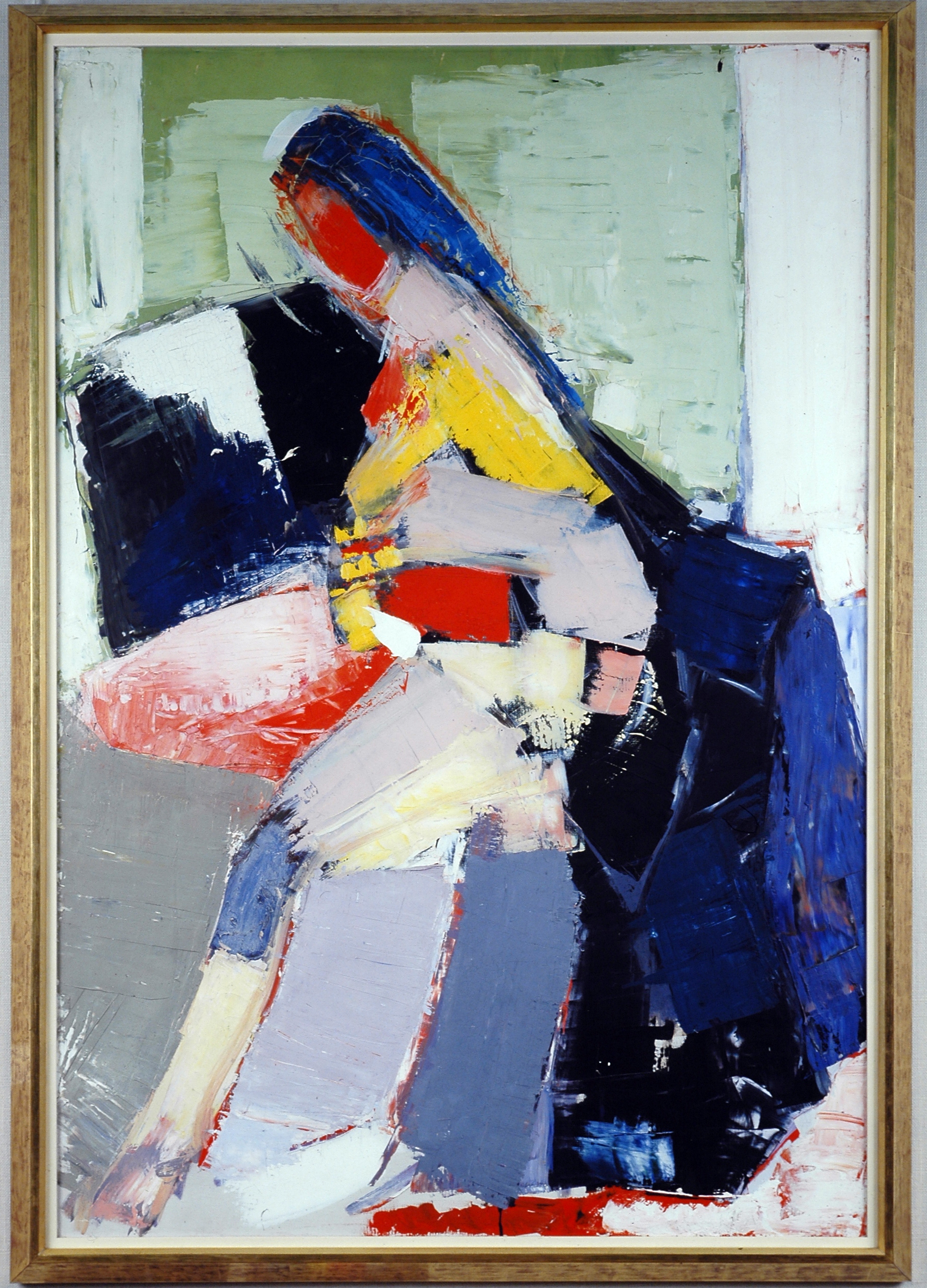