Bust of a Seated Woman

Pablo Picasso’s artistic career is one of the richest of the entire history of art in the 20th century. This versatile and eclectic artist is represented within the collections of the Musée Unterlinden through three late works: The Painter at Work (1964), the Portrait of a Man in a Hat (1971) and the Bust of a Seated Woman (1960).

From Les Demoiselles d’Avignon (1907) to his last works, women were a favourite subject for Picasso, as the many women in his life were a very important inspiration for his work. More than a mere portrait of a woman (Picasso’s model here was his last wife Jacqueline, who often sat for his paintings), the artist’s subject is a reflection on the tradition of painting busts of female figures. Here, Picasso also uses hurried, purposefully haphazard brush strokes, giving the canvas an unfinished aspect, making it a precursor of free figuration. Frequently seen in the artist’s works from the 1960s and 70s, the black, grey and brown muted tones reinforce the incomplete nature of the portrait. 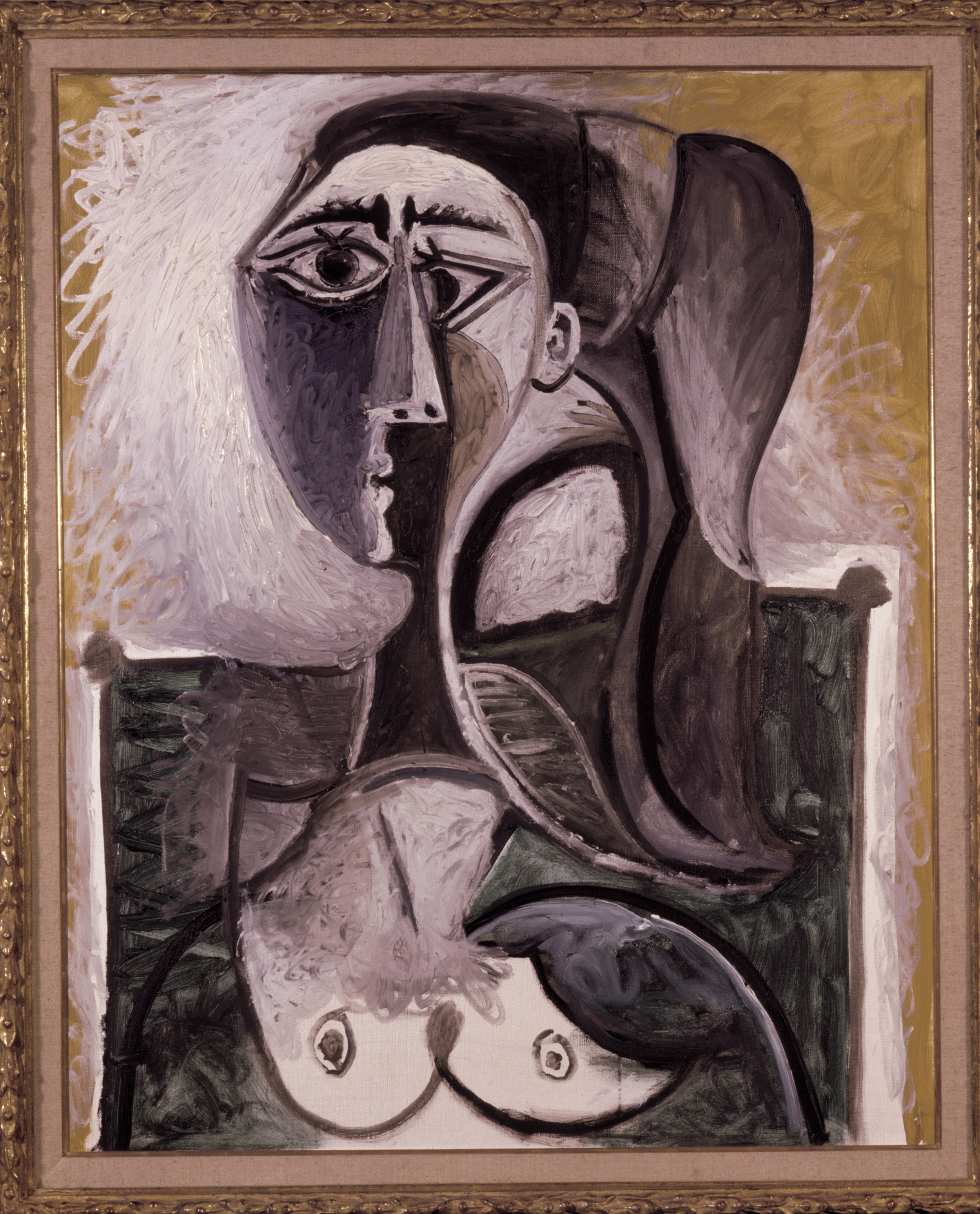