Within its collections, the Musée Unterlinden pays tribute to a technique popular with artists in Alsace and southern Germany, although little known in the present day: painting under glass.

This type of art requires a very specific technique, which involves painting the desired scene in successive layers on the underside of a pane of glass, beginning with the foreground details. Once completed, the pane was turned right side up, the glass serving as both working surface and protection for the work of art. Glass panes were painted in gouache, watercolour or oil, sometimes together with pieces of jeweller’s foil.

A very ancient art that had achieved the height of its glory in 16th-century Venice, painting under glass benefited from developments in printmaking beginning in the 15th century. Until the 18th century, it found inspiration in scholarly painting or followed the example of contemporary painters. The work shown here, dated 1770–80, was painted in Augsburg and illustrates an episode from the Bible, Abraham’s sacrifice of Isaac, showing the moment when divine intervention stops the patriarch from slaying his son.

After the end of the Empire, alongside the traditional religious subjects, the Colmar workshop of the Winterhalders, who had come from the Black Forest region, began to produce paintings under glass on secular subjects, most often involving political figures or allegorical feminine portraits. 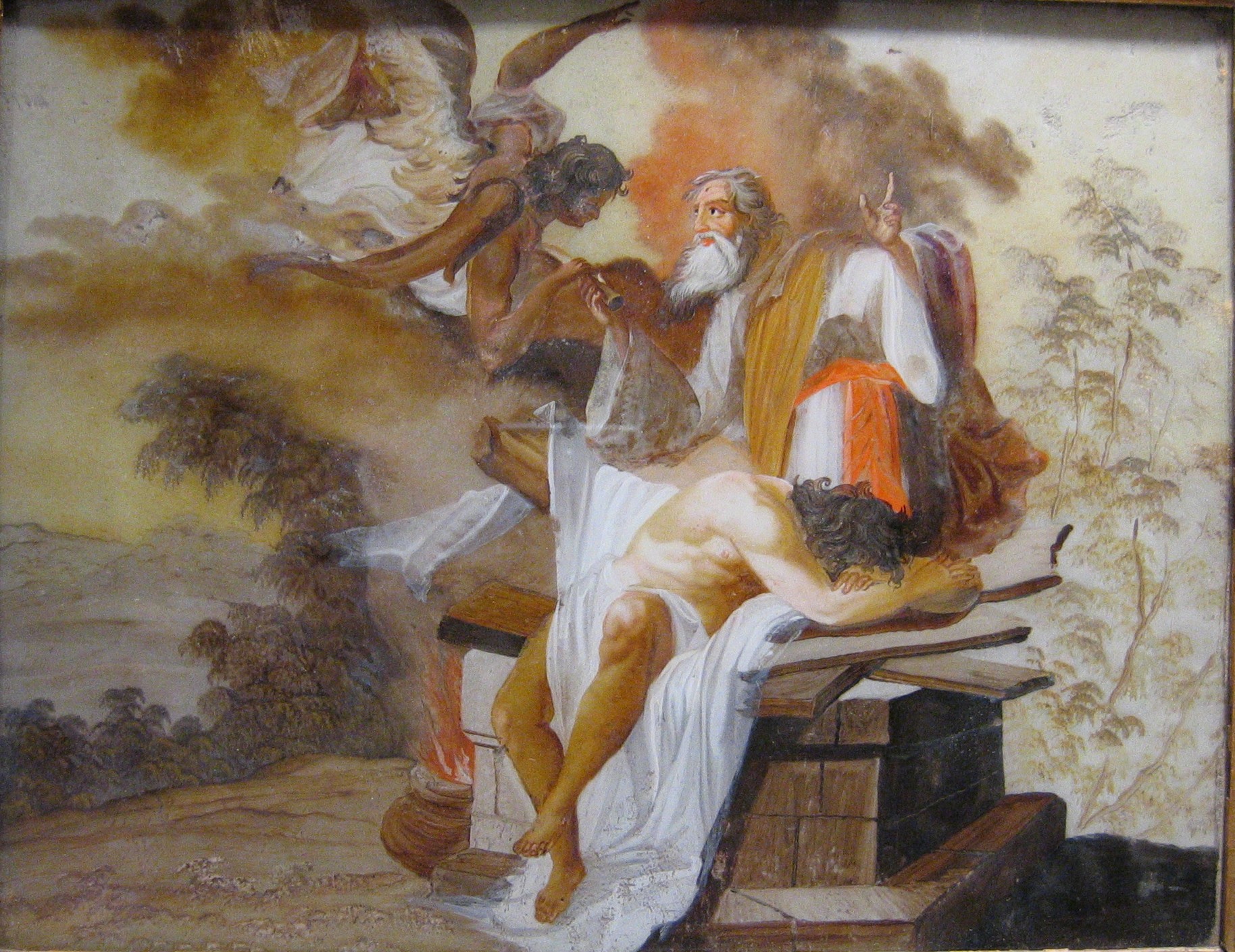