The exhibition looks at Fabienne Verdier’s art in a new way, in juxtaposition with the work of the great masters at the Musée Unterlinden. It bears witness to the artist’s encounter between 2019 and 2022 with
the museum’s masterpieces, including the Isenheim Altarpiece (1512-1516). Designed in two stages, the exhibition initially presents a selection of significant works by the artist, painted between 2006 and 2018, in dialogue with chosen works of historic and modern art. It continues in the Ackerhof exhibition gallery, presenting the monumental Rainbows installation (76 paintings) and the Great Vortex of Unterlinden (polyptych). Created in the context of the 2020 pandemic, it likens the end of life in humans to the fate of the stars: by portraying the aura of light created by the death of stars, Fabienne Verdier approaches the representation of death as an energy transmitted to the living.

Born in Paris in 1962, Fabienne Verdier began her studies at the École des Beaux-Arts in Toulouse in 1979. At the age of twenty, she left for China to study under the last great masters of traditional painting. Suffering from a serious illness, she returned to Europe aged thirty and published the autobiographical novel Passagère du silence, dix ans d’initiation en Chine (Passenger of silence, ten years of initiation in China) in 2003. Fabienne Verdier abandoned easel painting and devised a new way of painting vertically, in which the force of gravity became a central factor. In 2006, she designed monumental brushes that became an extension of her body as she painted her works on the floor. She has regularly collaborated with musicians, writers and scientists to capture the forces that create her forms. Her works are presented in numerous public and private collections around the world. 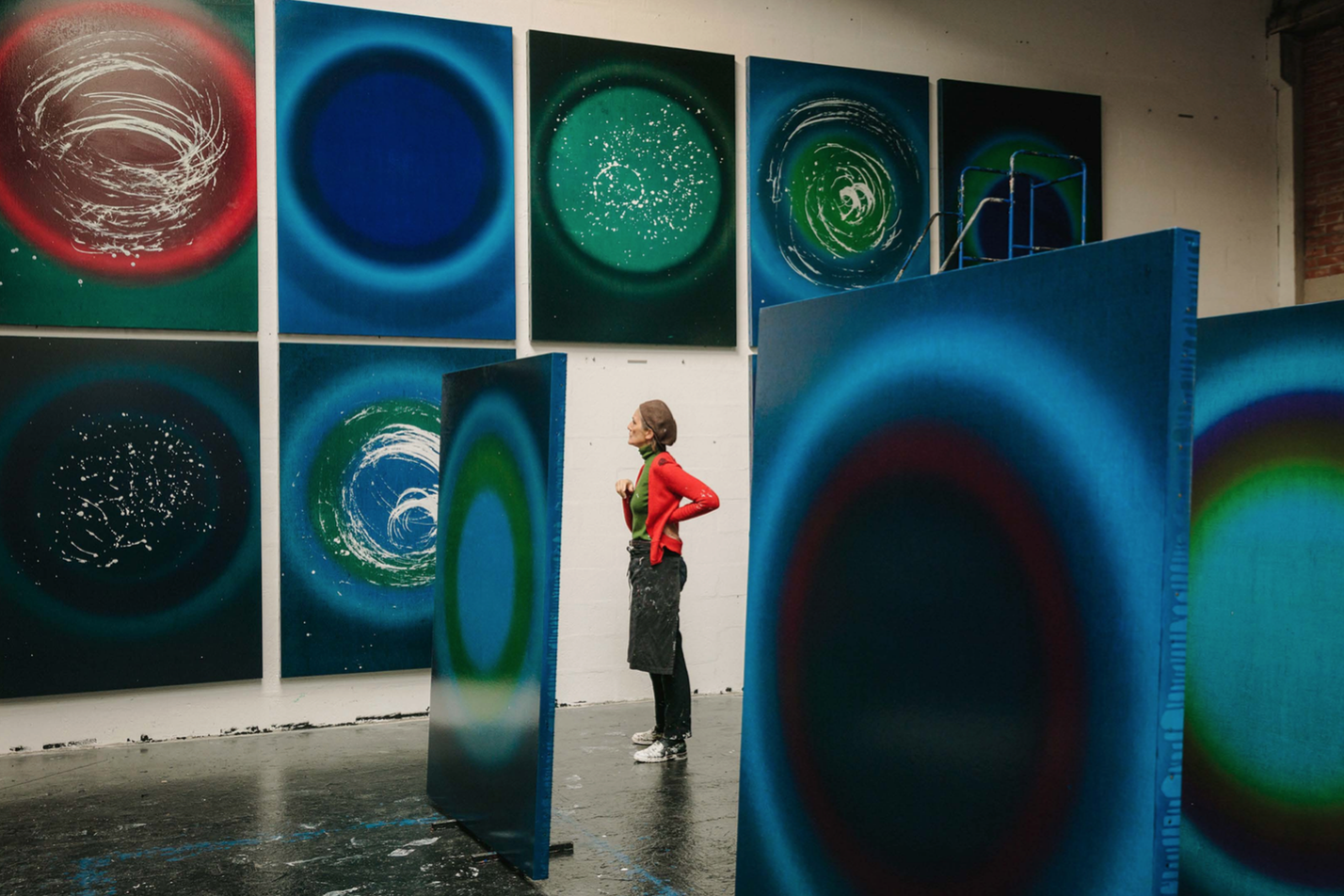