Devised as an encounter between art and science, the exhibition By Hands and Eyes came about thanks to a collaboration between the Musée Unterlinden and the “Creation, Cognition, Society” scientific programme run by the Université Paris Sciences et Lettres. This joint project was developed in the context of the restoration of the Isenheim Altarpiece that has been undertaken since 2018.

The team of researchers is studying the way in which visitors’ gazes are guided by the forms, colours and light in the panels painted by Grünewald, and to what extent their gaze is modified by the changes resulting from the restoration of the artwork. To record their eye movements and therefore their visual attention, the researchers use a set of technologies known as eye tracking and a tool known as an eye tracker. This uses cameras to record their eye movements and sends the data to a software application that can extract the paths of these movements with great precision. As a result, they are able to understand the way in which we look at a painting and determine the elements that attract our gaze most strongly.

In this context, the exhibition of Michel Paysant’s work constitutes the indispensable artistic counterpart to this scientific approach. Its title, By Hands and Eyes, is to be taken literally, as the drawings were created by the artist’s eyes, by means of the eye tracker. Like a pencil, the artist’s eye movements traced the lines and forms of the works. The recording of his gaze examining the panels of the Isenheim Altarpiece and the Guernica tapestry, or more precisely the transcription of the paths of their movements and their points of fixation when observing the work, have given rise to a new interpretation of the original work. 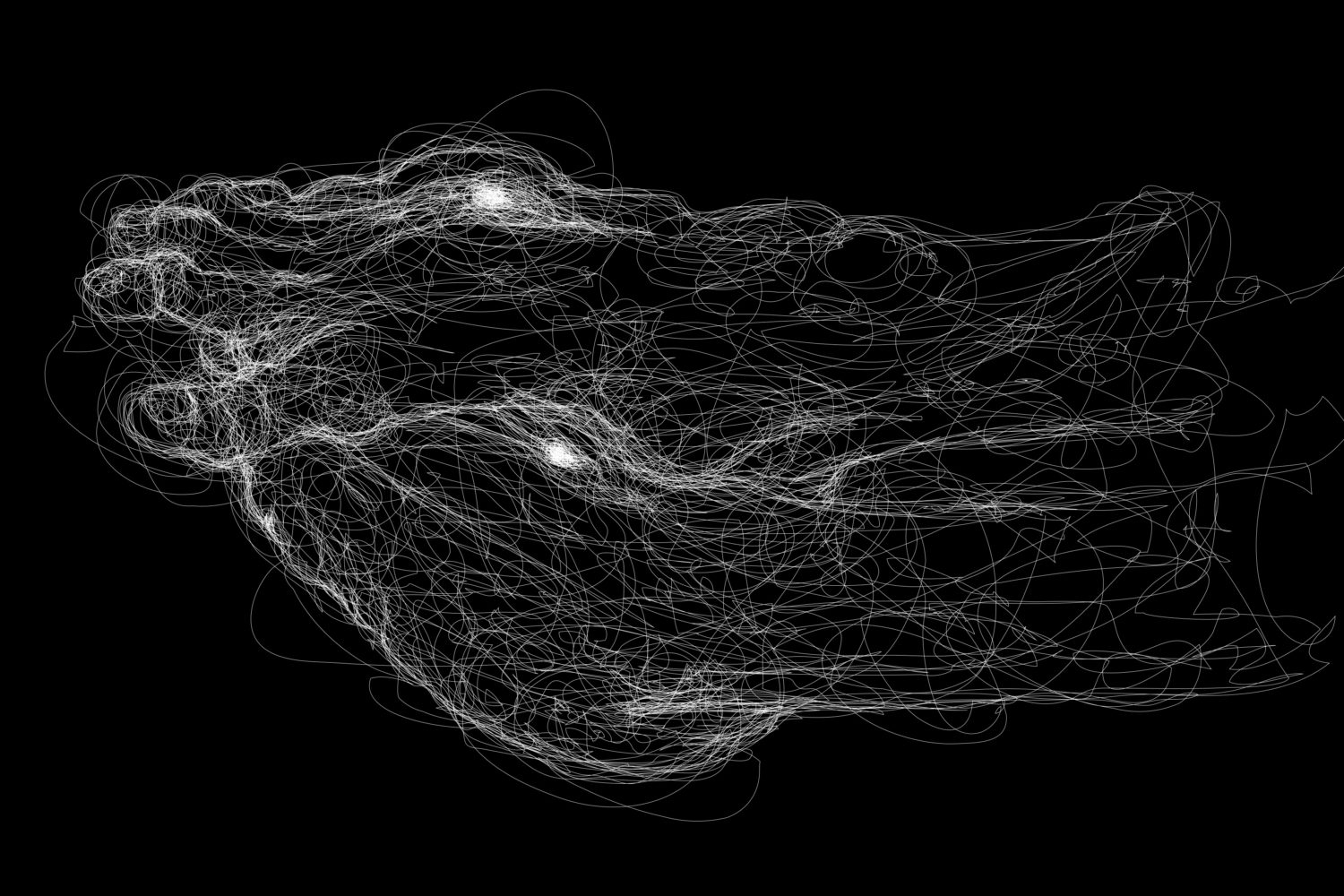